Jyothilakshmi trailer increases curiosity
Published on May 18, 2015 8:24 am IST 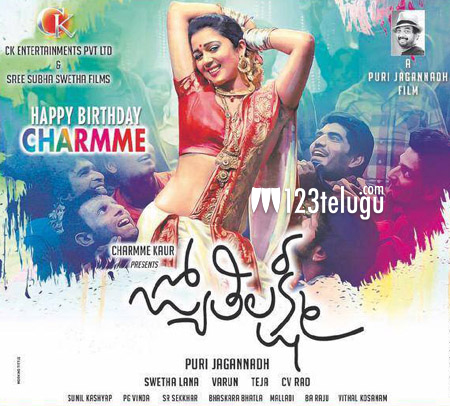 Charmme Kaur and Puri Jagannadh have released the trailer of their movie Jyothilakshmi yesterday, to a huge response at Prasad Labs. The event was also organised as a birthday bash for Charmme.

The trailer has evoked a lot of curiosity around the movie and it has also attracted its share of criticism and negative remarks. But in the end, the trailer managed to generate a lot of interest in the movie.

The visuals, Charmme’s performance and the theme of the film seem quite interesting. Can Charmme and Puri pull off a successful film this time? Time will reveal the answer.