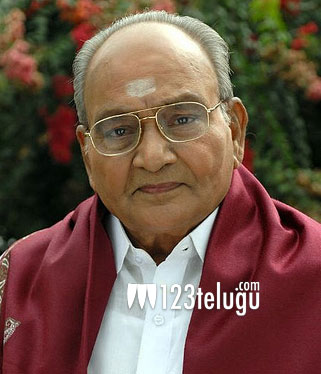 Veteran Telugu film director K Viswanath has been named as one among the 20 people who have been selected by the Limca Book of Records for the ‘Person of the Year 2013’ list to celebrate 100 Years of Indian Cinema. Interestingly, K Viswanath is the only celebrity from Telugu film industry to have been selected in this list which includes names like Mani Ratnam, Kamal Haasan, Santosh Sivan, Prabhu Deva, Sreekar Prasad and Naseeruddin Shah. Apart from these people, names of Tabu, Vidya Balan, Shabana Azmi, Kajol and Ranbir Kapoor were also added in the list.

Over the past few years, Vishwanath has dedicated himself to doing select few supporting roles in Telugu and Tamil films. His films like Shankarabharanam, Swati Muthyam, Sagara Sangamam and Aaptathbandhavudu will forever be etched in our memories and it’s a great honour, not only for Vishwanath but also for entire Telugu film industry that his contribution to cinema has been recognised.