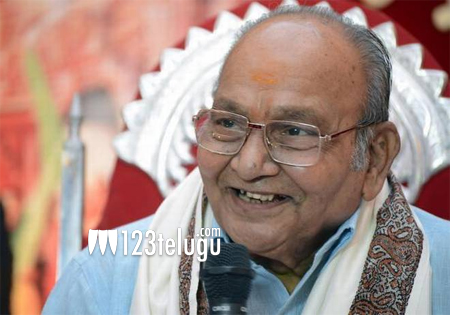 It’s well known that a biopic on legendary director K Viswanath is gearing up for release soon. Titled Viswadarshanam, this documentary film has been directed by popular writer Janardhana Maharshi. The film’s teaser was unveiled a couple of weeks ago.

In a major boost to the film ahead of its release, Viswadarshanam has been chosen to be premiered at the South Asian International Film Festival that will be held from March 18 to 31 in Kolkata. The film will be screened in the Documentary Panorama category.

Viswadarshanam has been produced by TG Viswa Prasad under People Media Factory banner. Vivek Kuchibhotla is presenting the film.