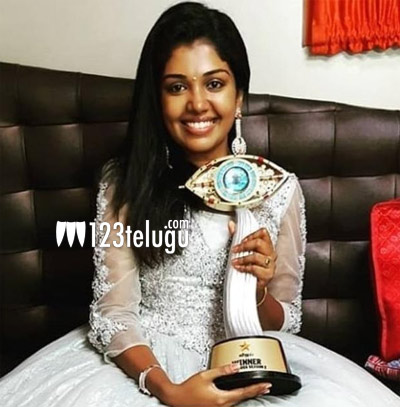 Last night was quite eventful for the fans of the popular reality game show, Bigg Boss Telugu and Tamil versions. Hot favorite Kaushal won the Bigg Boss Telugu 2 title and walked away with the Rs 50 lakh prize money.

And it was Kabali actress Riythvika who was chosen the winner of Bigg Boss Tamil 2. Riythvika too has won Rs 50 lakh prize money. Speaking after her victory, Riythvika said that she aims to be an inspiration to all women.

Riythvika had played the drug addicted adopted girl of Kabali in the Rajinikanth-starrer. Aishwarya Dutta stood as the runner up.