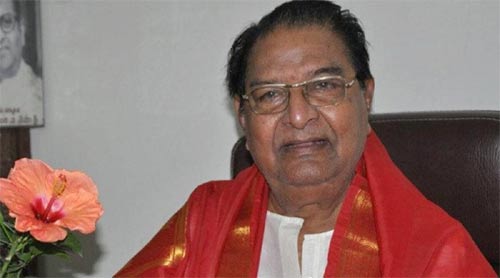 Veteran Telugu actor Kaikala Satyanarayana has thanked YS Jagan, the Chief Minister of Andhra Pradesh, for his huge support when he was admitted to a private hospital in Hyderabad.

Back in November 2021, the senior actor had been hospitalised as he suffered a septic shock and multi-organ failure. Now, Satyanarayana has recovered well and wrote a thank you letter to the honourable CM during his tough phase.

In the letter, he thanked Jagan for taking special care of him and extending his invaluable support despite his busy schedule. He also expressed that he was moved by the CM’s act of giving financial support besides moral support to him and his family,

Kaikala Satyanarayana thanked Jagan for his kindness and respect towards the Telugu artists and their well-being. The thank you note is now doing rounds on the internet and netizens are praising the Chief Minister for his good deeds. 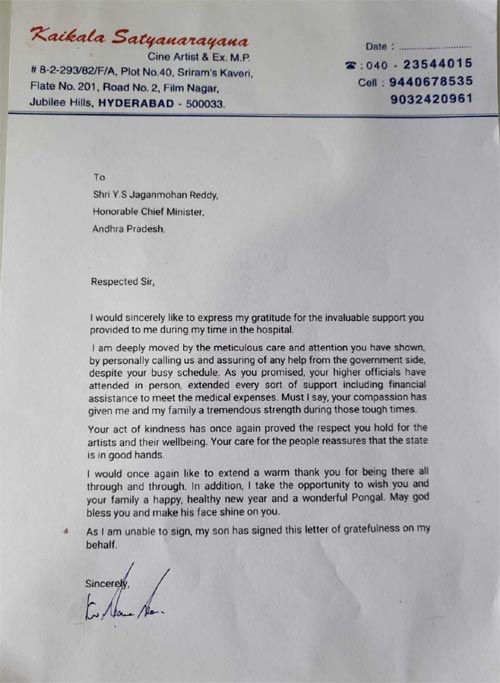