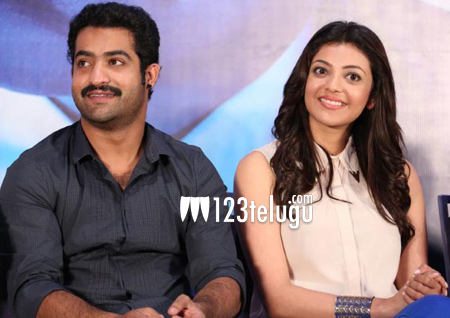 A surprising update from Mythri Movie Makers revealed that Kajal Aggarwal has been roped in for a special song in NTR’s Janatha Garage. Fans are thrilled with the Baadshah and Temper pair teaming up once again. The song will be shot in Hyderabad August after the unit returns from Kerala.

Until now, there were reports that Tamannaah will be sizzling in the special song alongside NTR, but Kajal made the cut eventually. The shooting of Janatha Garage is almost complete except for a couple of songs. The audio launch will take place in August and the film will release on September 2.