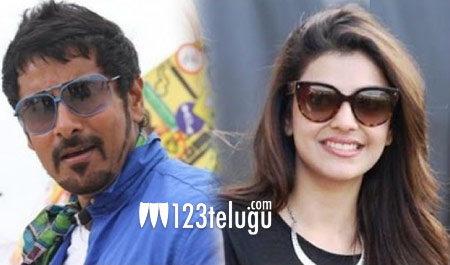 Talented beauty Kajal Aggarwal, is going great guns in her career. She has some interesting films lined up and one among them is a flick with superstar Vikram.

According to the latest reports, Kajal is all set to romance Vikram in a film directed by Arima Nambi fame Anand Shankar. Shooting of this film will begin once Vikram finishes his current film with Samantha.

Priya Anand of Leader fame is the another female lead in this film which is an out and out action entertainer. Keep watching this space for more updates about this project.