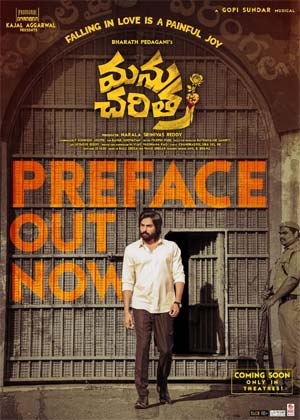 The preface showcases the emotional journey of the film’s protagonist Shiva who is caught between three young women, played by Megha, Priya and Pragati. The catch phrase “Falling in love is a painful joy” further gives a hint about the film’s core theme. Shiva has undergone a striking makeover and he looks rugged in a thick beard and long hair. All the three leading ladies look gorgeous in the video and Gopi Sundar’s background score is one of the major highlights.

Manu Charitra is being directed by debutant Bharath Pedagani and produced jointly by N Sreenivasa Reddy and P Ronnson Joseph under Apple Tree Entertainments banner. The makers will be announcing the release date soon.