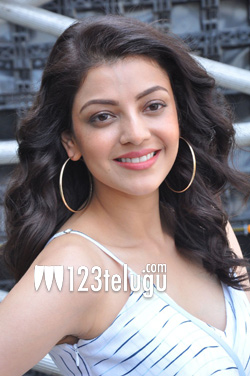 Around a month ago, we had reported that star heroine Kajal Aggarwal was in talks with the makers of young hero Bellamkonda Sai Sreenivas’ new project. This morning, Kajal interacted with Telugu film media as part of promotions for her soon-to-release film, MLA.

Talking about her future projects during the press meet, Kajal has confirmed that she has signed Bellamkonda Sai’s film. The as-yet-untitled movie will be directed by Srinivas and produced by Naveen Sontineni under Vamsadhara Creations banner. Apart from these two projects, Kajal will also be seen in Queen’s Tamil remake, Paris Paris, and is in talks for a Bollywood biggie.