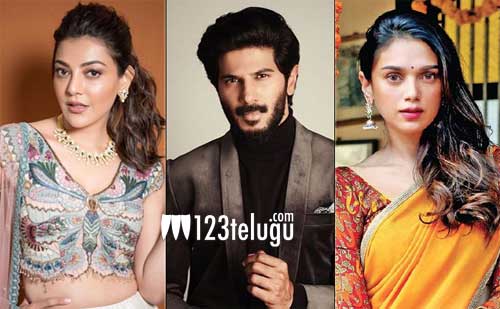 It’s well known that actresses Kajal Aggarwal and Aditi Rao Hydari will be sharing screen space with Mollywood star Dulquer Salmaan in the romantic entertainer, titled Hey Sinamika. The film, which went on floors in March second week in Chennai, resumed its shoot in November.

According to the latest update, Hey Sinamika’s complete production formalities have been wrapped up. The film marks the directorial debut of star choreographer Brinda. Jio Studios is foraying into Kollywood with this project, which it co-produces along with Global One Studios. Details about the film’s teaser, trailer and the release date will be out soon.