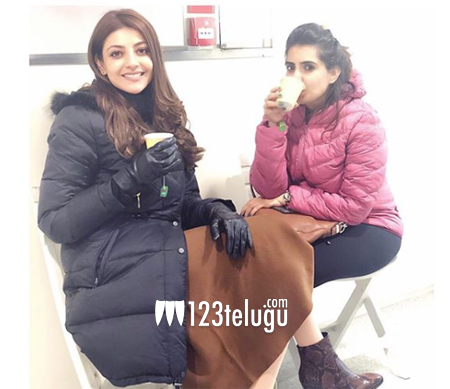 After much speculation, Kajal Aggarwal has finally begun shooting for Sharwanand’s upcoming gangster drama in Sudheer Varma’s direction. Although the actress was in talks with the team for a long time, her prior commitments didn’t let her confirm the project until recently.

The team recently flew to Spain to shoot few key scenes on Sharwanand and Kajal, and this will be their first collaboration. Initially, the makers had planned to shoot these portions in South Korea; however, they moved to Spain owing to a better weather conditions for the shoot.

Kalyani Priyadarshan is also playing another lead role in the film. More details are awaited about the film.