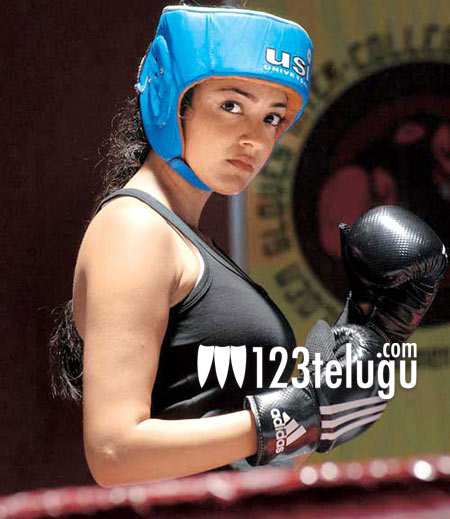 Kajal’s career has been going great guns right from the days of Magadheera. However, in the past few months, she seems to have decided to take up various kinds of roles which prove her mettle in acting. Recently, in KV Anand’s Brothers, she played the role of a translator who helps Suriya in his quest to uncover the truth. The latest buzz is that she’ll be seen as a boxer in A R Murugadoss’ upcoming film Thuppakki. Apparently, her role is inspired from Boxing champion Mary Kom and the actress even watched several videos of Mary Kom to prepare for her role. The film stars Vijay in lead role as a police officer who must spoil a terrorist’s plan to wreck havoc in Mumbai. This is the first time Kajal has bagged a film opposite Vijay and it’s one of the most awaited Tamil films of the year. Harris Jayaraj has composed the music. Santosh Sivan is the cinematographer. Thuppakki will release on November 13.