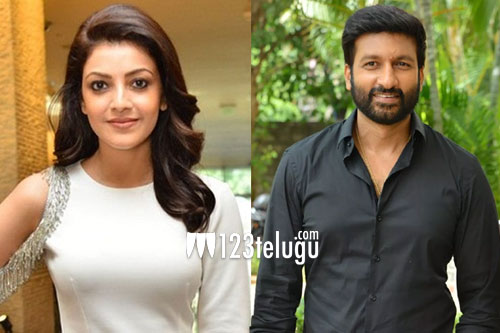 Star heroine Kajal Aggarwal has just wrapped up Paris Paris, the Tamil version of Bollywood hit, Queen. In Telugu, she is working on Teja’s film that has young hero Bellamkonda Sai as the male lead. And now, Kajal is said to be in talks for action hero Gopichand’s next film.

Gopichand’s next film will be directed by a debutant named Kumar. He has reportedly penned a romantic entertainer and is keen on roping in Kajal as the leading lady. Senior producer BVSN Prasad will be bankrolling the movie. An official announcement is awaited in this regard.