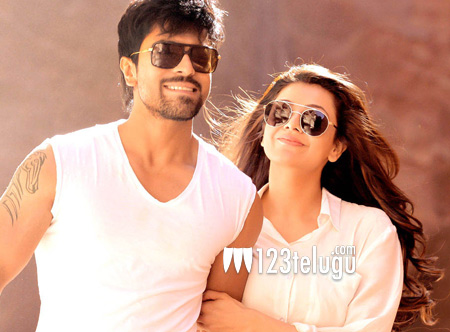 We had already reported that Thani Oruvan, the Tamil action thriller is going to be remade in Telugu. Latest update reveals that Kajal Aggarwal might be roped in as the female lead for this film.

Already, Ram Charan’s name is in much news for doing the lead role. Though an official confirmation is yet to be received, this news has created a lot of buzz among the film circles.

Noted producer DVV Danayya has bagged the Telugu remake rights for a whopping amount. Kajal and Charan’s chemistry is already a huge hit and if the project materializes, then it would be a feast for all mega fans.