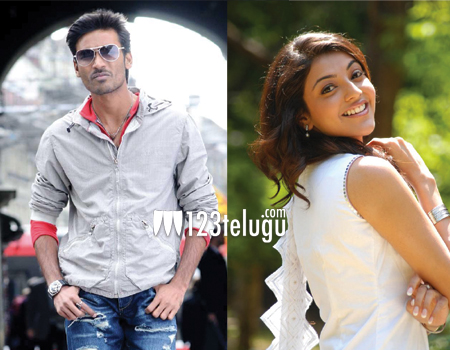 Kajal has reportedly signed a new Tamil film opposite Dhanush. This will be the first time that the two will act together in a film. Currently, Dhanush is eagerly looking forward to shoot for R Balki’s next Hindi film in which he’ll be sharing the screen space with Amitabh Bachchan and Akshara Haasan.

Next year, he has three projects lined up in Tamil and Kajal Aggarwal is likely to play the lead role in one of these films. Apart from this film, rumours are abuzz that Kajal will be part of Venkatesh, Ram Charan’s upcoming film in Krishna Vamsi’s direction, although nothing has been confirmed so far. If this indeed turns out to be true, then the hit pair of Magadheera and Naayak will team up the third time.