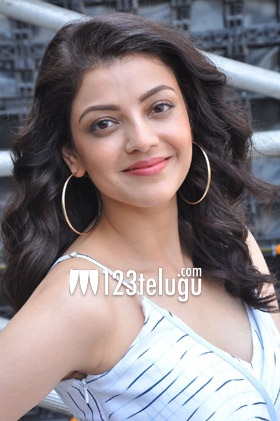 It looks like star heroine Kajal Aggarwal is having a ball on the sets of Bellamkonda Sai Srinivas’ ongoing film under Teja’s direction. A few photographs and videos that Kajal and Sai have been posting on their social networking pages will confirm it.

In a latest, Kajal has had an adventure of sorts in a forest in Thailand. Kajal held a giant python in her hands and around her shoulder. Although petrified in the beginning, Kajal later became comfortable with the python slowly moving on her. An excited Kajal took to Instagram and shared the video with her fans, with the caption “What an Experience”.