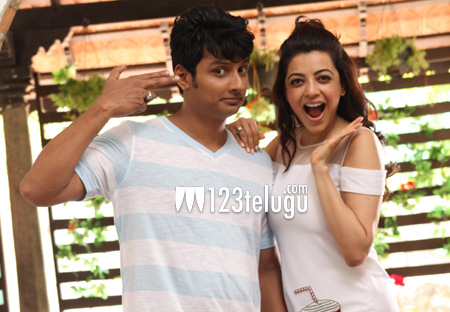 Kajal’s Tamil film Entavaraku Ee Prema did not see its release even to date in Telugu. The Tamil version has hit the screens all over Tamil Nadu with some average reports all over.

The makers of the Telugu version have finally sorted things out and the latest update reveals that the film will now release on the 31st of March. Entavaraku Ee Prema is an urban romantic comedy which has Jeeva as the main lead.

The makers are planning some unique promotions for the film as Kajal will herself promote it in Hyderabad.