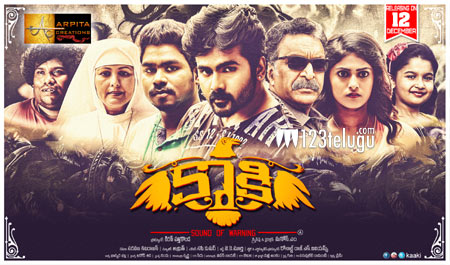 Continuing with the trend of horror films, yet another project which is up for release soon is Kaki. Produced by Kiran Pattikonda on his Arpita Creations banner, this film is currently in its post production mode.

Interesting aspect is that the film has been shot in only 45 days. This film has Ashok Kumar, Megha Sri and Kiran Pattikonda playing the major leads in the film. The makers have decided to release the film on the 12th of December. Keep watching this space for more interesting updates about this project.