Kalaavathi surpasses another rare milestone
Published on Feb 27, 2022 10:02 am IST 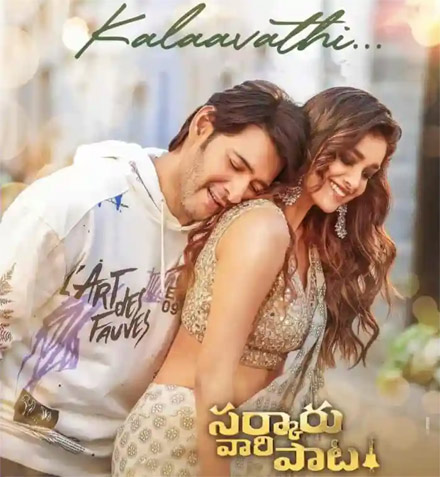 Composed by Thaman S, the hit song released a couple of weeks ago has crossed 50 million views on YouTube. Sung by the most happening singer, Sid Sriram, the soothing melody has won the hearts of audiences and topped the charts.

Directed by Parasuram Petla, the high-budget movie is bankrolled by GMB Entertainment, Mythri Movie Makers and 14 Reels Plus. Sarkaru Vaari Paata is scheduled to hit screens on March 11, 2022.

Thank you all for the Love and Support!🙏