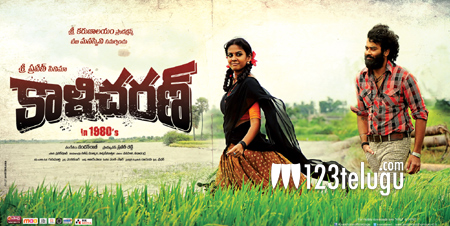 Chaitanya Krishna who made his debut with ‘Sneha Geetham’ couldn’t get good success at the box office. He is now getting ready with the release of his next film ‘Kali Charan’ in which he will be seen with a bearded look.

Prawin Sri who made his directorial debut with ‘Gayam 2’ failed to reach the expectations and his next film ‘Kali Charan’ is all set to hit the screens on 8th of November. This movie is based on several true incidents that happened in 1980 in Mahbub Nagar district of Andhra Pradesh. The shoot of the movie was completed long back and has been delayed.

Prawin Sri is the director and producer of the film and Nandan Raj has composed the music of the film. Chandhini is playing the female lead role in the movie