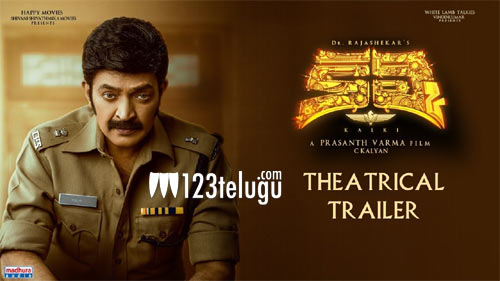 Kalki is a film which has created a superb buzz right from the day it went on floors. The teaser made heads turn and now the trailer has done the same.

Right from the first scene from where Rahul Ramakrishna is introduced, this murder mystery takes off in a superb manner. What hit’s you right away is the brilliant BGM and slow motion shots in the film.

The visuals are breath taking and every character is introduced in a gripping manner. Rajasekhar plays a cop in this film which has Adah Sharma as the female lead.

With the trailer, director Prashanth Varma has given an idea that the film is going to be one hell of a thrilling ride.

Rajasekhar and C Kalyan jointly produce this film which is up for a release on the 28th of this month.