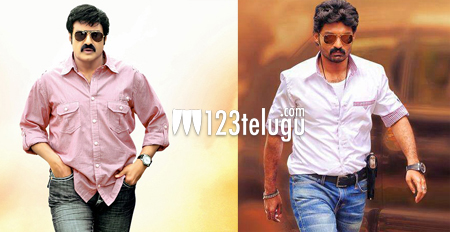 A number of star combinations have been talked of in the industry for the remake of Tamil hit Jilla. The Tamil version saw Vijay and Mohan lal in lead pair. Directed by R.T. Neason, this action-drama was received well in Tamil and was to be remade in Telugu very soon.

Earlier, we reported that Victory Venkatesh and Ravi Teja will star in the Telugu version. As per the latest update, Nandamuri Balakrishna and his nephew Kalyam Ram are expected to team up for the remake. It is heard that both of them are happy with the script narrated by director Samudra and advised some minor changes.

If everything goes as per the plans, Kalyan Ram will play the role of adopted son of mafia don essayed by Vijay and Balakrishna will play Mohanlal’s role. No official confirmation regarding this crazy project is received yet. Keep watching this space for exclusive updates.