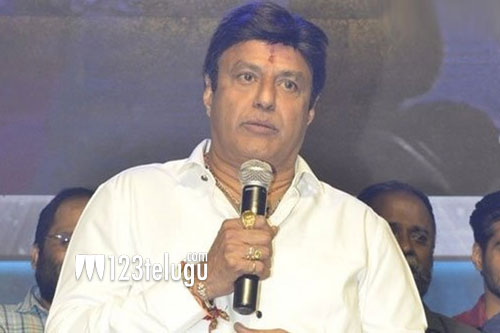 Nandamuri Balakrishna was the chief guest at the pre-release event of Kalyan Ram’s upcoming thriller, 118, last night. Balayya had some nice things to say about his nephew and the film during his speech.

“Since the beginning, Kalyan Ram had a strong penchant for telling new, different stories. He had launched his production house NTR Arts with this very passion and introduced new talents,” said Balayya. Talking about 118, Balayya said that after watching the film’s trailer, he got a feeling that the film will connect with young audiences.

118, directed by acclaimed cinematographer KV Guhan, is all set to open in cinemas on March 1. Young actresses Nivetha Thomas and Shalini Pandey are the film’s leading ladies. Mahesh Koneru has produced the film.