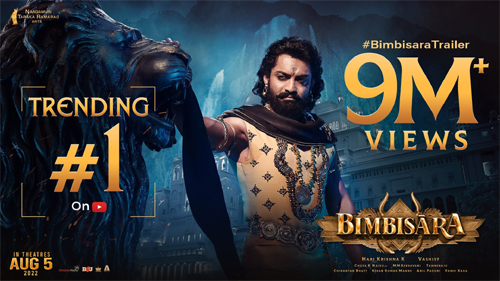 Kalyan Ram is one of the most hard-working actors in the industry. But sadly, he has not seen the kind of success that his talent deserves. But still, he does not stay silent and keeps experimenting.

He is once again producing a prestigious film called Bimbisara which is his costliest film to date. The film has been in the making for a long time now and is finally out for release on August 5th.

The trailer was released and the team along with Kalyan Ram was quite tense as to how the promo will be received. Going back, to when the teaser was released, the film faced a few trolls as a few scenes resembled Baahubali and other war-based films

But the trailer has impressed one and all and it is also trending as of now. The time travel concept, visuals, and Kalyan Ram’s role have raised the expectations on this film big time and this is happy news for director Vashisht and his team.