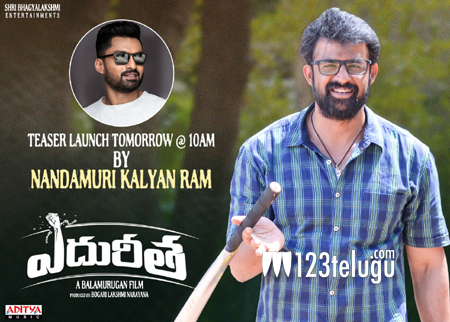 Edhureetha showcases am emotional relationship between a 40-year-old single middle-class father and his young son. The film is directed by Tamil filmmaker Balamurugan and produced by Bogari Lakshmi Narayanan. Arrol Corelli is the music composer and acclaimed Tamil Cinematography is by Vijay Arputharaj (who assisted ace cinematographer Rathnavelu on ‘Kumari 21F’, ‘Lingaa’ and ‘Brammotsavam’) has cranked the camera.