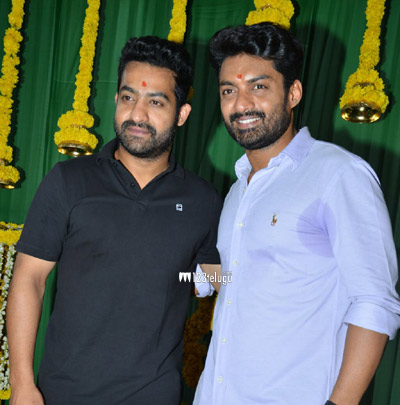 Kalyan Ram is going great guns in his career by doing some good films in the recent past. Yet another new film of his was launched today in Ramana Naidu Studios, Hyderabad in a grand manner.

Star hero, NTR along with his dad Harikrishna graced the event and launched the film in style. While NTR gave the first clap, Harikrishna switched on the camera and set the ball rolling for the film.

Nivetha Thomas and Shalini Pandey are playing the female leads in this film. East Coast Productions are the banner who will produce this film on a prestigious note.

Guhan will direct this film whose shooting will kick start soon.