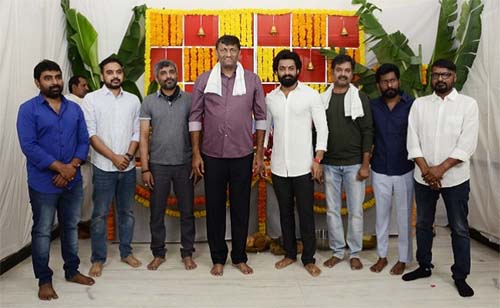 Kalyan Ram has been sitting idle for the last one and a half years and did not sign any film. Now, looks like things have fallen into place finally as the big banner, Mythri Movie Makers has come to his rescue.

Today, a new film of Kalyan Ram in the production of Mythri was launched in style in Hyderabad. Uppena director, Buchi Babu Sana came in as the chief guest for this event.

A new director named Rajendra will helm this film whose genre and the other star cast is not yet known. Here’s wishing Kalyan Ram all the best for this project.