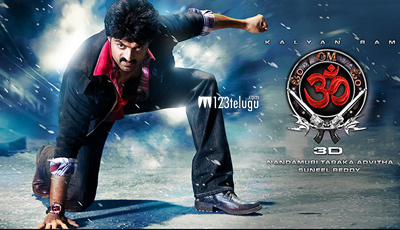 Kalyan Ram’s upcoming 3D film Om has been confirmed for July 19. The film’s post production has already been wrapped up and the songs were also launched. However, the makers were keen on getting a solo release and that is one of the reasons behind this specific date. In July, Suriya’s Singham and Gopichand’s Sahasam are expected to release on July 5 and July 12 respectively and now Om has been confirmed for July 19.

Kriti Kharbanda and Nikesha Patel have played the lead roles in this 3D action film. Cinematographer turned director Sunil Reddy has helmed the project and several technicians who have worked on Hollywood films have worked for Om. This will be the second 3D Telugu film, after Action 3D, to release in quick succession and it’ll be interesting to see if the 3D technology enhances the visual experience of watching an action packed Telugu film.