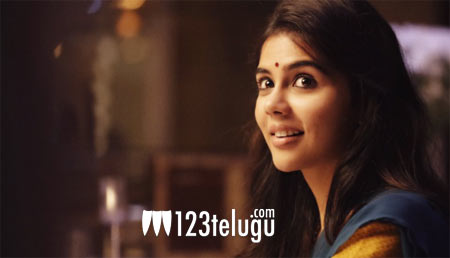 After making her debut in Telugu with Akhil in Vikram Kumar’s Hello, Kalyani Priyadarshan will next be seen as one of the lead actresses in Sharwanand’s upcoming film in Sudheer Varma’s direction. Kajal is the other lead actress in the film, and it is said to be a new age action drama.

Soon after wrapping up her portion in the film, Kalyani thanked the whole team including Sharwanand, Sudheer Varma, and cinematographer Diwakar Mani for a fun experience while shooting the film. “Special shout out to Sudheer Varma for teaching me how to hold a gun and for giving me Geetha,” she added. More details about the film are awaited.

Meanwhile, she will soon start shooting for Kishore Tirumala’s Chitralahari. The film has Sai Dharam Tej in a lead role, and Mythri Movie Makers banner is producing it.

Just wrapped up my shoot for #sharwa27. Thanks Sharwa, @Diva_DOP and the entire team for an insanely fun journey on set. 🤗
Special shout out to @sudheerkvarma for teaching me how to shoot a gun (oh and for giving me Geetha 😋).
Can’t wait for everyone to meet her on screen. pic.twitter.com/JTLDBz1jCi