Kalyanram-Tamannaah film’s next schedule details
Published on Nov 22, 2017 9:17 am IST 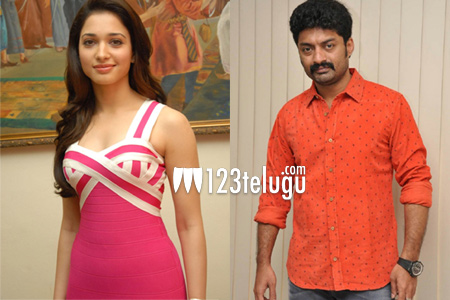 Nandamuri Kalyanram has been juggling two projects simultaneously. After wrapping up a major chunk of MLA’s shoot recently, the actor is soon going to resume shooting for his 15th project. This as-yet-untitled movie has wrapped up nearly thirty percent of its shoot already.

As per the latest updates, NKR15’s next schedule will resume on November 29. The shoot will take place in Hyderabad and the unit will start off with a high-voltage action sequence. Tamannaah, who’s playing the female lead in the movie, will join the team from December 1. The schedule will last until December 20th and a major part of the shoot will be completed.

Legendary cinematographer PC Sreeram is cranking the camera for this romantic drama and ace adman Jayendra is directing it. Cool Breeze Cinemas banner is bankrolling the movie and East Coast Productions banner is presenting it.