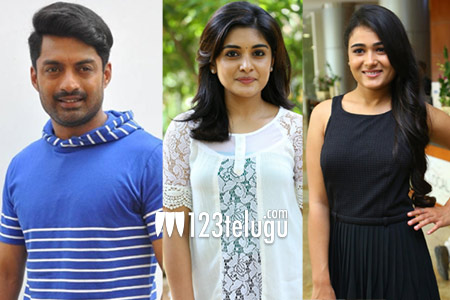 Kalyanram’s next release will be the intense romantic drama, Naa Nuvve. Starring Tamannaah as the female lead, Naa Nuvve is going to hit the screens in May. Meanwhile, Kalyanram is all set to launch his next project, which will be directed by ace cinematographer KV Guhan.

As per the latest updates, the Kalyanram-Guhan movie will be launched on April 25 at 7:30 am at Ramanaidu Studios. The Nandamuri hero will be romancing young beauties Nivetha Thomas and Shalini Pandey in the movie.

East Coast Productions, the banner that’s presenting Naa Nuvve, will be bankrolling the Kalyanram-Guhan movie. Mahesh Koneru is the producer of this as-yet-untitled film.