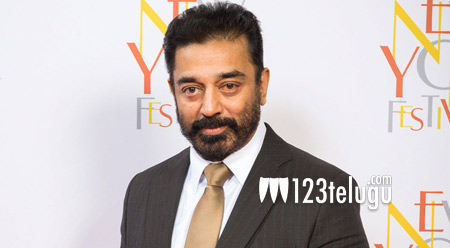 Super star Kamal Haasan suffered a minor leg injury during the shoot of his latest film Shabash Naidu and was forced to take bed rest for two weeks. Latest update now reveals that the legendary actor is recovering well and is quite eager to face the arch lights.

Kamal was quite busy and took over the mantle of directing the project when the film’s director Kumar fell seriously ill. Kamal’s elder daughter, Shruthi Haasan plays one of the female leads in the film.