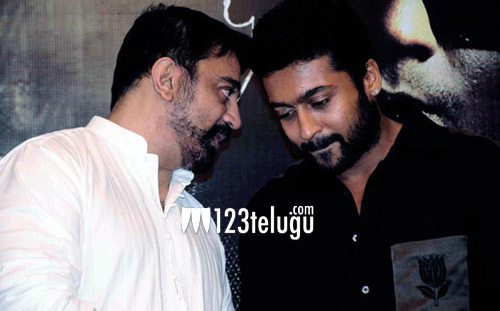 Suriya’s Anjaan in Tamil will be dubbed into Telugu as Sikandar. Lingusamy is directi​n​g this film,​ which is one of the most anticipated films in the career of Suriya. Anjaan is produced by Thirupathi Brothers and is brought to Telugu by Lagadapati Sridhar.

According to the latest update, the audio of the film will be launched on 22nd of July and Super star Kamal Haasan will release the audio. Yuvan Shankar Raja composes music for this film. The posters of this film are all over social media, and Suriya’s bearded look has scored well with the audience.

Manoj Bajpai will also be seen in this film, ​​and Samantha is cast opposite Surya in this action entertainer.