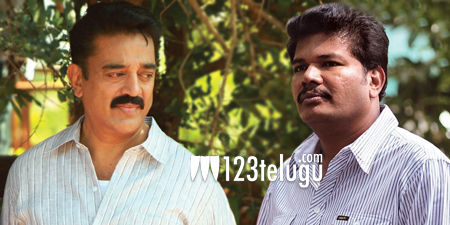 Universal Star Kamal Haasan and blockbuster director Shankar came together for one of the most memorable Tamil blockbusters ever made, ‘Bharateeyudu’. The movie was produced by A.M.Ratnam and Rahman composed the music. Kamal’s makeup and fights, Rahman’s music and a story that revolves around corruption proved to be irresistible for fans.

Now, after 20 years, the duo may be teaming up once again for a sequel. Producer A.M. Ratnam has confirmed that both Shankar and Kamal Haasan are interested in the sequel to Bharateeyudu and the film may start after Shankar completes Robo 2.0.

If the project does get going, it will be one terrific movie to watch out for.