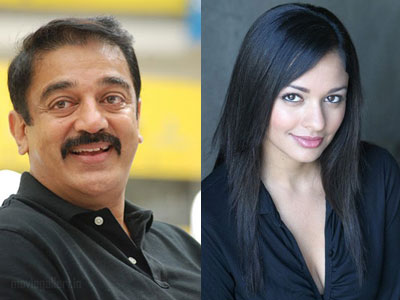 The search for the heroine in Kamal Haasan’s Vishwaroopam has finally come to an end. Pooja Kumar, an NRI has bagged the lead role opposite Kamal Haasan. Although she has acted in films like Kaadhal Rojave, Night of Henna, Flavors and Anything For You, this is her first full fledged role. In the past, Sonakshi Sinha was cast in the lead role for this film; however she opted out due to date issues. After that several heroines including Sameera Reddy, Shriya Saran and even Anushka were considered before Pooja Kumar’s name was finalized. Kamal Haasan is playing the lead role in this film which is touted to be a big budget action thriller. Interestingly, he’s also directing the film. Vishwaroopam is going to release in both Telugu and Tamil in 2012.