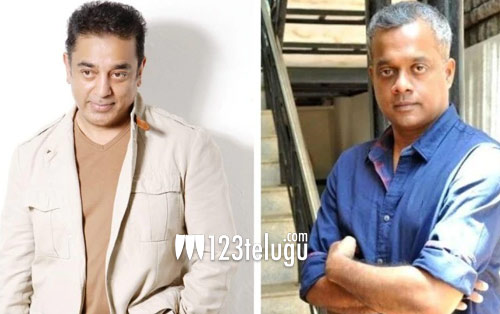 Kamal Haasan and Gautham Menon had collaborated back in 2006 for Vettayadu Vilaiyaadu, which was dubbed in Telugu as Raghavan, and it went on to become a trendsetter in terms of stylish cop dramas. Now, the duo might team up once again for a sequel, if all goes well.

Buzz in Kollywood is that Gautham Menon has been in talks with Kamal Haasan and that he will narrate the full script soon, and Vels Films International might produce the film. Currently, Kamal Haasan is associated with Shankar’s Indian 2, and it remains to be seen if he’s going to collaborate with Gautham Menon another film.

Currently, all film shoots have been cancelled and the whole country is under lockdown to curb the spread of Coronavirus. It remains to be seen when the film industry will get back on its feet and start making films again.