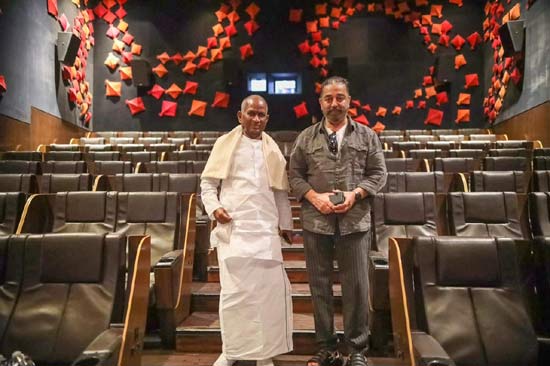 Rocking Star Yash-starrer KGF: Chapter 2 is continuing its rampage at the box office everywhere. Directed by Prashanth Neel, the movie has Srinidhi Shetty as the female lead.

The latest news is that Maestro Ilaiyaraaja and ‘Universal Actor’ have watched the Sandalwood blockbuster hit last night. A special show was screened for both the legends. After the show, they heaped praise on the entire team of KGF 2.