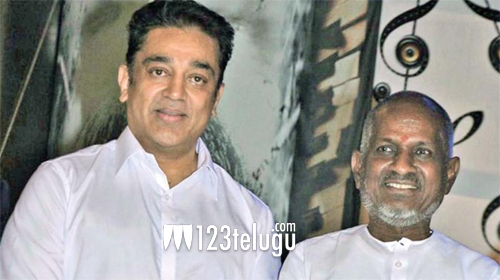 Ilayaraaja75, a grand event organised by Tamil Film Producers Council, turned out to be a smash hit with some of the biggest names in the industry gracing the event. The two day event, held at YMCA grounds in Chennai, saw the likes of AR Rahman, Rajinikanth, Kamal Haasan, Shankar, Shruti Haasan, and several others pay ode to the acclaimed music director.

Speaking at the event, Kamal Haasan took everyone by surprise when he revealed a big secret behind his political journey. “It was Ilaiyaraaja who first encouraged me to join politics to serve the people. It was a big secret until now.” The actor went on to sing nearly six songs that were composed by Ilayaraaja, much to everyone’s delight.

On the other hand, Rajinikanth joked that Ilaiyaraaja composed better songs for Kamal Haasan, and to this Ilaiyaraaja replied that Kamal Haasan would say the same thing that he favoured Rajinikanth more than him. All in all, the event was a grand success.