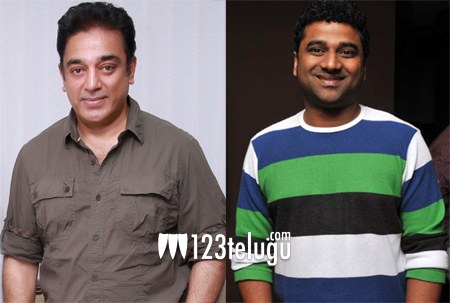 We all know that the entire Telugu Film Industry is coming together to organize a big fund raising event on the 30th of this month for the cyclone victims of Vizag. According to the latest update, super star Kamal Haasan will not only be attending this event, but will also perform along with Devi Sri Prasad during the event.

The list of stars who will be performing during this event is growing day by day and the TFI is leaving no stone unturned to make this event a grand success. All the proceeds that come out of this event will go directly to the hudhud cyclone victims.