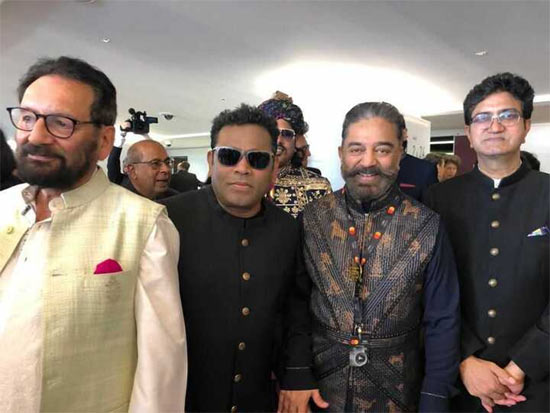 Universal star Kamal Haasan will be seen next in the action thriller, Vikram. Directed by Lokesh Kanagaraj, the movie also has Vijay Sethupathi and Fahadh Faasil in crucial roles.

Kamal Haasan, who is currently at the prestigious Cannes Film Festival-2022, has announced that Vikram NFTs will be launched at Cannes today. The team has teamed up with Fantico to launch the metaverse. Kamal took to Twitter and shared a glimpse to announce the same.

The recently released trailer has gained enormous response from audiences. Produced by Raaj Kamal Films International and Red Giant Movies, the multilingual biggie is scheduled to hit screens on June 3, 2022.

Vikram forays into the Metaverse.
The much awaited Vikram NFTs on https://t.co/0t68cOrzW5 will be revealed today at Cannes Film Festival 2022.#VikramFromJune3 #VikraminMetaverse #VikramNFT #Cannes2022 pic.twitter.com/kjTrwVw1lK