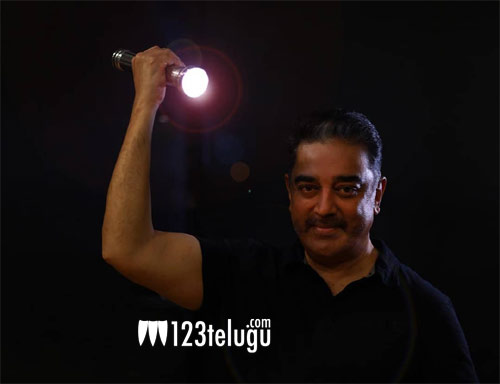 Kamal Haasan’s political party Makkal Needhi Maiam (MNM) is all set to contest in the upcoming Lok Sabha elections. The party has decided to contest from all 39 constituencies in Tamil Nadu, apart from one seat in Pondicherry, and Kamal Haasan decided not to forge any alliances at state or national level.

In the past, Kamal Haasan had requested the election commission to allocate a common symbol for the party. Reciprocating to his request, the EC has granted ‘battery torch’ symbol for the party in a notification issued on March 9. The actor-turned-politician was quite pleased with these developments and he took to Twitter to thank the election commission. He also added that his party will try to be a torch bearer for a new era of politics in Tamil Nadu.

MNM thanks the Election commision for granting us the "Battery Torch" symbol for the forthcoming elections. So appropriate. @maiamofficial will endeavour to be the “Torch-Bearer” for a new era in TN and Indian politics.