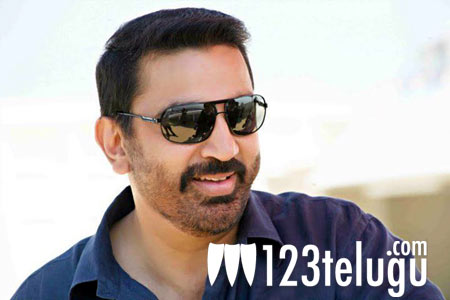 Kamal Haasan is all set to begin shooting for his upcoming film titled Uthama Villain. The film’s shooting is expected to begin from March 3 in Bangalore. Ramesh Aravind, a Kannada actor turned director and a longtime friend of Kamal Haasan, is going to direct the film and it’ll be produced by N Lingusamy.

The film has been in news for the past few weeks after news broke out that Kamal Haasan has been spending several hours in the makeup room, just to get his look right. Apparently, he has multiple shades in the film and each of these roles are different from one another. In the past, there were rumours that Kajal Aggarwal, Tamannaah and Trisha are going to play the lead roles opposite Kamal Haasan, but as per the latest reports in Kollywood, the lead actress hasn’t been confirmed yet. The makers are still in talks with some top heroines and an official announcement is expected to be made in a week.

The film is being touted as a romantic drama with a twist and it’ll release in Tamil, Telugu and Hindi in 2015. Ghibran will score the music. Kamal Haasan’s other film, Vishwaroopam 2 is expected to hit the screens in summer this year.