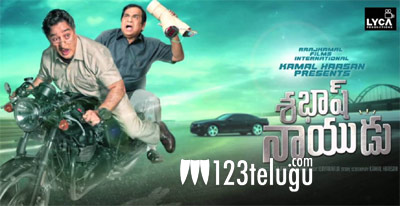 Stalwart actor-director Kamal Haasan will be resuming his much-awaited spy comedy adventure, Sabhash Naidu, from August. Kamal said that 40 percent of the film’s shoot has been completed so far.

Meanwhile, following his recent statement on caste and the debates that followed, Kamal said that he has no plans to change Sabhash Naidu’s title. “It’s true that Sabhash Naidu title has a caste reference. However, the film doesn’t propagate caste prejudices,” said Kamal.

Sabhash Naidu is a spin-off to Kamal’s comedy avatar of the same name in Dasavatharam. The film took off in 2016, but was put on hold for various unavoidable reasons after wrapping up a major schedule in the US. Kamal’s daughter Shruti Haasan, veteran comedian Brahmanandam and Ramya Krishna will be seen in crucial roles in this movie.