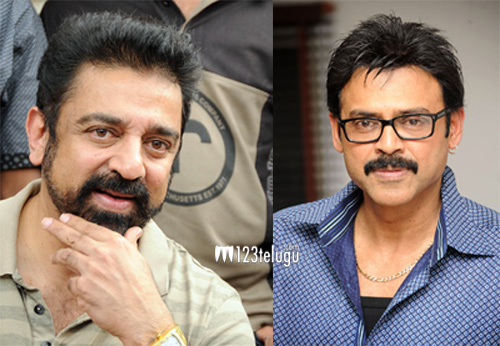 After the film ‘Drishyam’ became a big hit in Malayalam, the makers were eager to remake the film in Telugu and they were looking out for a suitable person to play the role played by Malayalam top star Mohanlal.

The producers ultimately ended up with Victory Venkatesh. And guess who suggested Venkatesh’s name? It was none other than Tamil Universal Star, Kamal Haasan. The information was revealed by the producers of ‘Drushyam’ at a special meeting arranged today.

‘Drushyam’ shooting is over and the film is getting ready for a release in the month of July. Venkatesh and Meena will be seen as the lead actors in this family thriller and Sri Priya has directed the film.