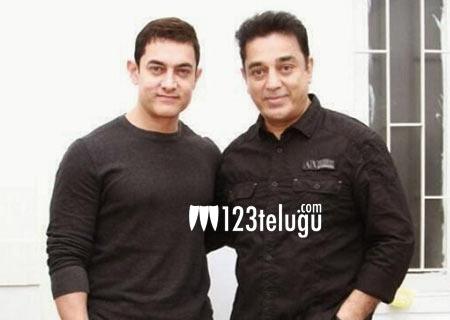 Legendary actor-filmmaker Kamal Haasan has always maintained a dignified yet straightforward public life. However, the actor has made a few startling comments ​about Bollywood superstar Aamir Khan, which are turning many heads now.

During the trailer launch event of his debut show, Bigg Boss Tamil, Kamal was asked if he ever thought of hosting a show like Aamir Khan’s Satyameva Jayate. Kamal replied saying that he has been more socially responsible than the host of Satyameva Jayate​, indirectly taking potshots at Aamir Khan.

Kamal also had a few nice things to say about Salman Khan’s hosting skills in Bigg Boss’ Hindi version. “He was very natural,” said Kamal, lauding his Bollywood counterpart. Bigg Boss Tamil will be aired on Vijay TV from June 25.