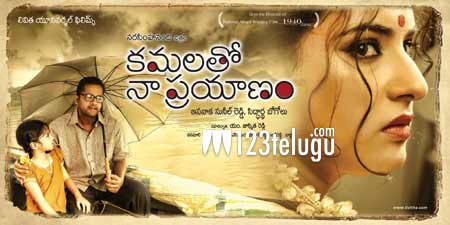 Sivaji and Veda are playing the lead roles in the film, ‘Kamalatho Na Prayanam’. This movie is going to release on March 14th and the team is quite confident about this period film. KNP is set in the 1950’s and Veda is going to be seen in a traditional, yet bold avatar in the film. She will be seen as a prostitute.

Sivaji will be seen as Suryanarayana. The story is about Suryanarayana’s life journey with Kamala. Narasimha Nandi is the director of this movie and he has won some awards for his previous film ‘1940 lo oka Gramam’. The movie is being produced by Siddhardh Reddy and Suneel Reddy.

Kishan Kavadia has composed the music for this movie.