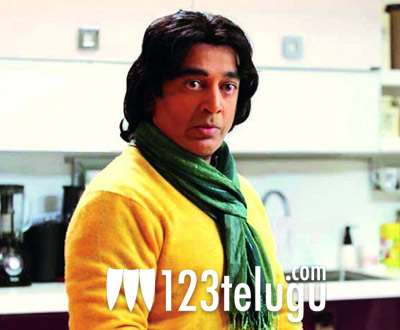 Update at 16:00 : The ban on the film has been re-imposed by the High Court and the verdict has been reserved for Feb 6th. This effectively means that the film stands banned until that date. But Kamal Haasan has decided to appeal in the Supreme Court. He has been receiving overwhelming support from fans and film personalities alike.

Kamal Haasan’s emotional speech at a press conference today moved millions of fans to tears. The actor was clearly hurt by the turn of events and said that he had become the victim of a political vendetta.

“I do not understand why my film is being targeted. I am yet to get relief from the ban in TN. Police officials are sending people out of theaters. I think Tamil Nadu does not want me to stay here. I need a secular place to settle and if needed, I will be forced to move out of the country. I have pledged all my assets for this film and I will lose everything if Vishwaroopam does not release.” said Kamal.

Telugu film industry personalities have been coming out in support of Kamal Haasan. Hero Nagarjuna said “I don’t think Kamal is the kind of person who can create films that threaten the harmony of our country.”