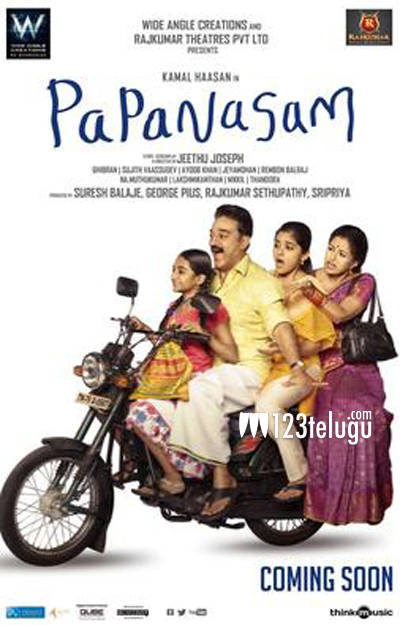 Universal star,Kamal Haasan, is ready to entertain the Tamil audience with the remake of ‘Drishyam’. Titled as Papanasam, veteran actress Gauthami will reprise Meena’s role in the original version. The film’s audio was launched earlier in the morning.

As per the latest buzz, it is heard that the makers are planning to release this film in the first week of July. The censor formalities will be completed very soon.

Jeethu Joseph is the director and young musician Ghibran has composed tunes for this film. This movie is a smash hit in its Malayalam and Telugu versions.