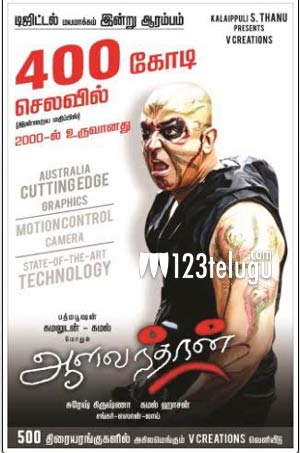 Released in 2001, legendary actor and filmmaker Kamal Haasan’s cult psychological thriller, Abhay, was lauded for its technical wizardry even though the film ended up as a disappointing venture at the box-office.

As per the latest update, Abhay, originally titled Aalavandhan in Tamil, is set for a digitized re-release soon and the digital restoration process has begun today. Noted Tamil producer Kalaipuli S Thanu is planning to release the movie in 500 screens later this year.

Aalavandhan was directed by Suresh Krishna and it starred Raveena Tandon, Manisha Koirala, with Kamal playing dual roles. Kamal’s experimentation with graphics in the film had inspired the cult Hollywood director Quentin Tarantino for a sequence in his iconic two-part crime thriller, Kill Bill.