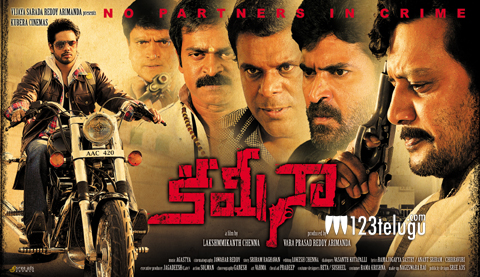 Kamina, the remake of the Bollywood hit ‘Johnny Gaddar’ is all set for a release soon. The production team is targeting the 13th of this month and efforts are being made for the release on that day.

Krishi and Lekha Washington will be seen as the lead actors. Director Ravi Babu is essaying a key role in this movie. Roja, Brahmaji, Srihari, Sai Kumar and other senior actors will be seen in important roles. Lakshmikanth Chenna is the director of the movie and Vara Prasad Reddy is the producer.

Agasthya has composed the film’s music. ‘Kamina’ is expected to be a commercial entertainer with a good dose of comedy.